Holly Sullivan, on behalf of Amazon was gushing with well wishes: “Thank you to all 238 communities that submitted proposals. Getting from 238 to 20 was very tough – all the proposals showed tremendous enthusiasm and creativity. ... Through this process we learned about many new communities across North America that we will consider as locations for future infrastructure investment and job creation.”

This issue confirms that the search for for a place to build the HQ2 is a striking case of locational choice and related dynamics – a case that reveals current processes and power relations much, much, better than any textbook in economic geography or planning. Even though the shortlist consists mostly of the usual suspects and now doesn’t bear any big surprises, the full list of candidate cities and the different ways they sell themselves was rather revealing in this respect.

And what about the firm? Effectively, Amazon.com "expects" a number of things (nothing is promised, of course): It expects to create 50,000 high-paying jobs and invest over $5 billion in the city where it will open the HQ2; It expects that that the HQ2 will create billions of dollars in additional investment in the surrounding community; It expects to make a decision in 2018.

Furthermore, the firm is well aware that instead of simply bargaining with a mayor and then making a decision, this 2-stage selection process provides much more value in terms of the economy of attention. First, the competition works as a sort of theatrical staging, a huge show that provides massive PR for the firm. Second, it obviously allows another round of exploitation and race-to-the-bottom negotiation with candidate cities. There is much speculation around (and some indication as well) that the price is high for attracting Amazon.com to one's municipality’s territory. The unusually high share of local taxes in the North American system for instance, compared to other parts of the world, offers the right space for manoeuvre. Third, discursive upgrading is part of the story. So as we learn from a critical observer, HQ2 in Washington D.C. wouldn’t be seated in a mere business park, but on a “Campus” to which also an Amazon “University” be added.

So, at the end of the day, tech-firms will not only provide jobs and business solutions, but will actually replace municipalities and states in the process of city-building, infrastructure and higher education policy. It is part of a major transformation that was recently so nicely illustrated by the urban design magazine Bauwelt.

Is this the future that we really want?

Certain places are magnets for researchers and sometimes we bump into other researchers or share interview times with them. The ‘Ghosts of Researchers Past’ linger at the case study sites we visit and traces are present in the work we produce. There has been recent interest in the problems of large numbers of researchers in places as diverse as Hackney (Neal et al, 2016), the Shatila Palestinian Refugee Camp in Lebanon (Sukarieh & Tannock, 2013), and Transition Towns (Taylor Aiken, 2017). This body of literature focuses primarily on reasons that particular places are popular with researchers or on research fatigue of respondents. There is a need for reflexive interrogation of the issue of this researcher saturation and its consequences. The research itself, and theory building more widely, can be weaker where it is over-reliant on examples which may prove to be outliers or the applicability of generalisations over-claimed. Over-research also produces a sample bias: familiar cases are easier to communicate to other researchers; possibly easier to publish; or conversely, researchers wring dry popular cases. This also raises questions on the nature of research itself: is it possible to over-research anything, or is seeming over-research just poor research? We could even ask if the research encounter is singular?

This session aims to explore the consequences of theory being developed from research on places that are saturated with other researchers from multiple disciplines. Papers are invited to bring case studies of urban or rural landscapes anywhere in the world to address such issues as: Theoretical links and implications; Methods and Positionality; Research (and researcher) fatigue; Researching researchers; Encounters. Papers that use a reflexive approach or consider the conceptual complications of researching in researcher-saturated landscapes are particularly welcomed.

Over the last few years, scholars have attempted to capture EU spatiality. The concept of territoriality was coined as a useful tool to examine the spatial significance of the EU as a political system transcending nation states (Moisio & Lukkonnen, 2014). The different accession phases (“widening”) and integration phases (“deepening”, e.g. Euro currency, Schengen Area) have been analysed as “differenciated integration” (Schimmelfenning, 2016). Over the last two decades, national political parties and public opinion have played a larger role in the integration process. This progressive shift towards the EU integration was described as a move from a “permissive consensus” to a “constraining dissensus” (Hooghe and Marks, 2008). “Disintegration” is part of the political science literature since about a decade (Bartolini, 2004). Brexit represents a direct manifestation of such a shift. The later geopolitical change influences how other member states position themselves within the EU and their respective neighbourhood.

This session suggests taking territorial cooperation within the EU and with its periphery as the entry point to interrogate how EU spatiality is constructed. In this endeavor, cross-border cooperation areas and macro-regions are considered as examples of laboratories of cooperation across national and regional boundaries. These are horizontally at the crossroads of transnational flows and interdependencies fostered by the EU integration process. Vertically, they are often symptomatic to power shifts from the national level to the EU and subnational levels. They therefore allow reflecting on the challenges faced by diverging manifestations of territoriality, in an increasing differentiated integrated EU.

The RGS conference 2018 takes place while the Commission has released a White paper on the future of Europe suggesting different paths to pursue the EU integration. The overall ambition of this panel is to discuss the plasticity and meaning of EU territoriality against the backdrop of the wide ranging experiences from cross-border and macro-regional cooperation, and bottom-up initiatives without direct relation to EU cooperation formats. In our understanding, these forms of territorial cooperation question the concept of territoriality on the one hand and invite rethinking the EU integration on the other. We understand territoriality as a construction that can play different roles in different cooperation initiatives. We therefore seek both theoretical contributions questioning the core concepts as well as empirical contributions about regional experiences. The session conveyors intend to contribute to the overall reflection of EU spatiality.

The selected research papers will be allocated a slot of 15-minutes.

Please send abstracts of no more than 250 words to Estelle Evrard (estelle.evrard@uni.lu) and Franziska Sielker (fs421@cam.ac.uk) by 2nd February 2018 (5pm). This should include title (max. 15 words), author affiliation and email address.

Garden Cities and the Suburban Antidotes 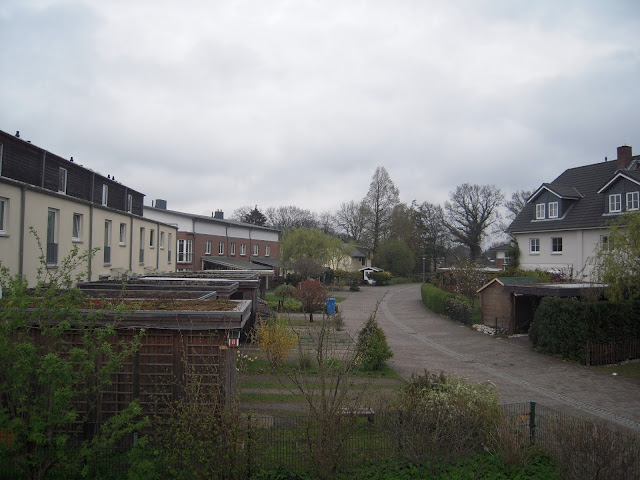 Urban population is definitely increasing worldwide and what is known as “urban sprawl” in particular has been largely depicted as a problematic and unsustainable form of urban development. Compact city principles have been presented as perfect antidotes and became the flagship of urban policy over the last 15 years in many Western countries. Increasingly, however, it becomes obvious that too simplistic density policies have been trapped in many difficulties, e.g. low level of acceptance, gentrification and segregation, health and pollution exposure impacts, limited impact on the increasingly complex mobility patterns, mismatch of location, buildings and neighbourhood qualities to lifecycles and new family organizations, difficulties to adapt building stocks to innovative energy infrastructure, urban infill with halo effects on biodiversity corridors, etc. Those traps reflect a still limited understanding of the functioning of suburbs and of the complexity of suburbanization processes.

Rather than equating suburbs to sprawl, the selection of papers in this themed issue of Urban Planning considers suburbs as an in-between space—between the city and the countryside, between urban and suburban politics—whose sheer existence and broad distribution across the world calls for transformation towards more sustainable forms of development. More particularly the issue proposes complementary approaches that provide analytical insights into suburban problems and developments. They all challenge the practice of planning for and in suburbia in light of its in-betweenness or of some remoteness from central locations, hence question the necessary ingredients for brewing an antidote, needed perhaps, to counteract the bads of suburbs.

In a starting commentary, Pierre Filion stresses the transitory nature of suburbs as they emerged over the last 70 years in order to remind us of their transformative potential rather than as lock-ins. The article by Hendrik Jansen’s contributes likewise into showing the continuous transformation of a spatial stock by taking the example of the infill and retrofitting of suburban businesses around Zürich. The other three contributions prolonge and bridge the suburban dynamics and configurational aspects with the concept of Garden Cities supposedly allying the goods of cities and countryside. Alexander Wandel depicts the spatial connection between the ‘urban' and the ‘green’ in suburbs, including gardens, and propose an analytical method to measure fragmentation and accessibility in this particular interface. Nicolas Vernet and Anne Coste contrast the Garden City with sprawl. They highlight the configurational benefits of the Garden city concepts when environmental and energy preoccupations are integrated within a systemic and multi scalar approach. In a second commentary, Samuel Clevenger and David Andrews invite cautiousness. They show how deeply Garden Cities models and its early practice were rooted in elite sanitary views, with little, if any, interest for social inclusion. A dangerous trap one cannot fall again in if garden city configurations are revisited to operationalise today's revived interest for urban nature and health as important parts of urban sustainability agendas.

This Tuesday, Evan McDonough will be defending his thesis entitled,

Abstract
Whilst often taken for granted, transport flows, airspace and urbanisation at ‘ground level’ are deeply intertwined. This dissertation situates London’s current controversy regarding aircraft noise and within new understandings of urbanisation and the role of transport flows within the urban realm, analysing the contested spatial relations stretched across the three-dimensional terrain, where the urban-rural, global-local and public-private spatial divisions are polarised by the negotiation of aircraft noise. Drawing from empirical evidence related to existing noise pollution issues and the expansion of aviation infrastructure in the South East, airspace will be interpreted here as part of the transformation and extension of the urban fabric above the built environment of the urban region, comparable the peri-urban extension and dispersal of the urban across the horizontal plane. Specifically, this study draws from empirical qualitative evidence of London Heathrow Airport, Gatwick Airport, and the local places which experience noise pollution emanating from the various, changing flight paths to and from these airports within and surrounding London’s urban boundary. Theorised as the relational, interscalar urban-airport interface, constructivist approach focuses on the constellation of public and private institutions and actors who co-constitute this interface and manage aircraft noise in the context of ongoing airspace modernisation, the intensification of aircraft activity and pending airport expansion. The aim of this study is to contribute a nuanced understanding of the relationship between places and flows to urban geography.
No comments: