When the Heart Went... Documenting Hamilius, Part I

In 2010, Antevita Films produced Hamilius, Hip Hop Culture in Luxembourg, a film by Alain Tshinza documenting youth life in the underground passages of the bus station.

Now, demolition at Hamilius is in full swing. The underground is still open, and if one gets there quick enough - tractors are busy crashing away at the walls and fixtures - one can visit a spontaneous and temporary art exhibition telling the final stories of what is soon to become a space of memory. Some photos: 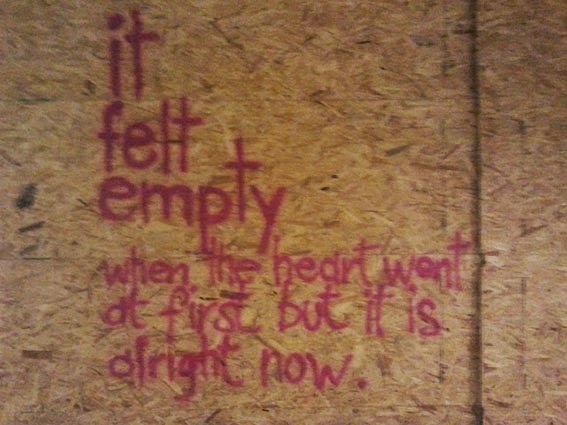 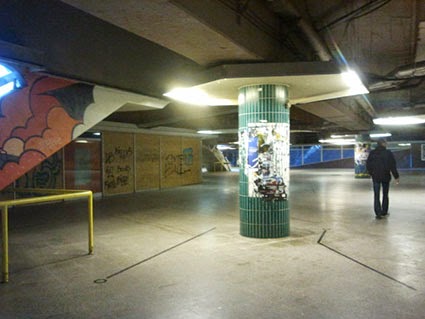 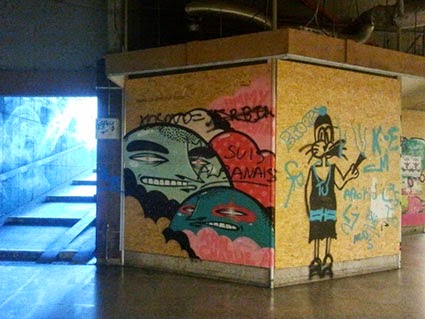 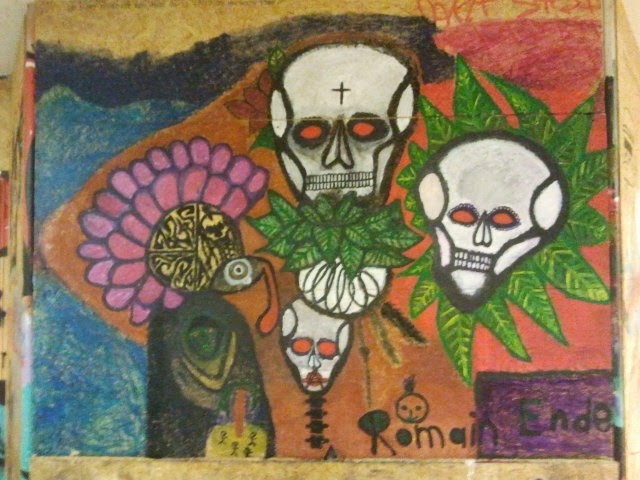 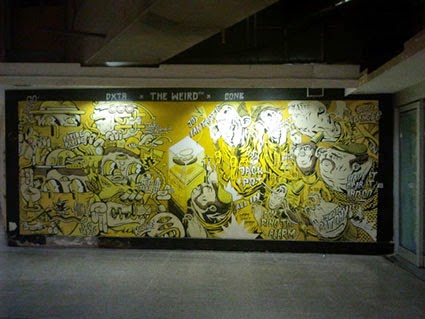 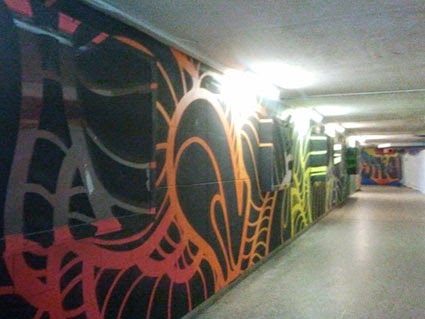 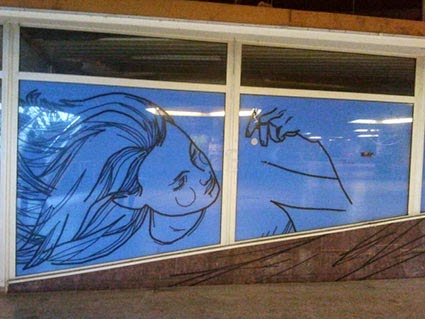 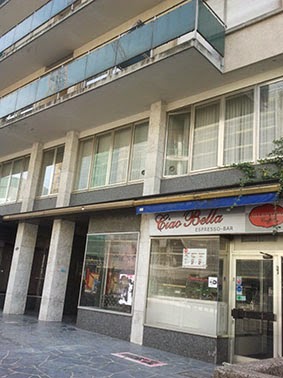 Luxembourg has mobility problems.  We all know this. Bus connections are often so miserable, one often considers taking at least part of the journey by foot. As most buses head into the city centre (Hamilius and LuxGare being the main transfer stations) and then back out again, it can be particularly dire to have to get from point A to point B during rush hour. While weekends are not so busy, fewer buses on Sunday render transport difficult once again. Domestic train connections, while more efficient, are often overfilled and often get bogged down by necessary change-overs in LuxCity, lengthening any one-way trip by up to an hour.  Night trips are also a problem. It is never clear how to get back home after seeing a movie on Kirchberg, a concert at the Rockhal, eating dinner at a friend's, or attending a conference in the city. Taxis are sometimes an option, but drivers often a) invent road blocks; b) don't know the way; c) don't have change; or d) forget to turn the meter on.  Webtaxi.lu is a fantastic company for those who want to avoid those silly late-night spats. Ask them, too, to teach you about how to identify properly certified taxis. But all Lux taxis are always expensive, and it is a particularly unlikely option if the travel distance is far. Alas, there is the bike - always a glorious fresh air option for anyone who like hills, heavy traffic, and arriving at their destination in need of a shower.

Of course, Luxembourg's biggest mobility problem is the one faced by cross-border labour.  Highways between 7-9 am or 15-18 pm are jammed.  Seats on the trains between Trier and Lux are often taken up, especially Sunday nights and Friday evenings. If there is construction, take precaution: A few weeks ago, the train was substituted by a bus whose driver subsequently got lost. It took 90 minutes to get from LuxCity to Wasserbillig, beetling up and down and around the winding roads. On a positive note a great double-decker CFL train now runs between Lux and Koblenz.

2015 presents some challenges to the University as it restations in Belval. Labour and students will have to radically reconsider their means of transportation. Good news for some residents of Luxembourg is the announcement that trains will run from Clervaux straight through to Belval.

Car-pooling has come up in a number of conversations as one possible means of transportation that many residents and Cross-border commuters might consider.  Luxembourg doesn't need to reinvent the wheel here. Instead,  I would like to promote here an excellent car-pooling service,
Bla Bla Car already up and running and receiving great reviews. Some have already discovered it.  But I know that many more would be interested.  Here, one can create an account and if you are a driver you can search for passengers, and vice versa. Both are given reviews at the end of it, boosting confidence for both passengers and drivers. Available in all the commonly spoken languages in Luxembourg (except, sorry, Luxembourgish): Portuguese, English, German, and French.  It's an excellent way to get connected and moving!