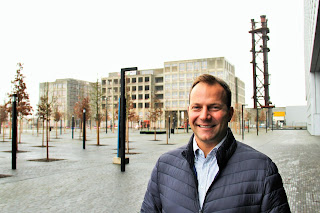 Dr Thomas Sigler has joined IPSE’s Institute of Geography and Spatial Planning as a visiting scholar for the first half of 2017. Having recently arrived from Australia, Dr Sigler is a Lecturer in Human Geography within the School of Earth and Environmental Sciences at The University of Queensland in Brisbane. He received his BA from the University of Southern California in Geography and International Relations, and his MSc and PhD from The Pennsylvania State University in Geography.

His doctoral thesis focussed on the ‘relational city’ concept, which theorises a distinct class of cities whose global relevance is assumed, but whose economic and social structures are fundamentally reliant on intermediary functions such as logistics, transport, and warehousing rather than manufacturing or advanced producer services. This research began in Panama City, but has incorporated Hong Kong, Dubai, Singapore, and most recently Luxembourg City as a case study site for relational cities research.

His most recent research focusses on economic networks, and how these shape urban and territorial development. This research applies spatial analysis and social network analysis (SNA) and Dr Sigler was recently awarded an Australian Research Council grant to further this work on global economic networks through 2019.

Dr Sigler has published a number of peer-reviewed journal articles, book chapters, and refereed conference papers. His articles have appeared in a variety of journals including Environment and Planning A, Urban Geography, Urban Studies, International Journal of Urban and Regional Research, and Geoforum. Recent publications include the following:

He will be situated in Room 2.143 in the Maison des Sciences Humaines on the Belval Campus, and is happy to chat with anyone pursuing related research and teaching.

Us and Them, city and region — Are 'they' really the cause of 'our' problems? 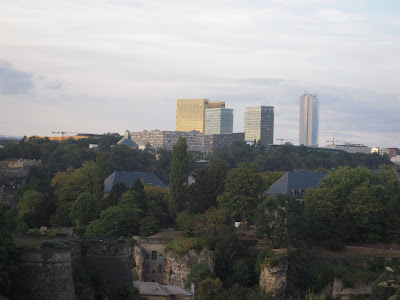 The emerging field of urban studies has clearly shown that city-regions are complex configurations that, while situated on the ground of single cities, are vast in terms of external relations and fuzzily poly-centric in their internal structure. This is exhibited not only as an empirical phenomenon of urban-regional transformation dynamics (urban expansion, sub-urbanisation, and region building), but it is also indicative of the role of scale revealing that wider developments have significantly changed the local urban setting. It is thus difficult to delineate cities precisely, to distinguish entities such as city and suburb, or to differentiate between spatial dynamics and overarching societal processes. While some have argued that there is a sort of re-centering or re-urbanisation underway, others have seen this as proof of planetary urbanisation, meaning that any distinctive moment of the urban is vanishing. Indeed, one colleague, David Wachsmuth, has put it rather clearly in his recent concise and telling comment that we study the city in the course of urbanisation processes that have, in fact, already exceeded it.
Turning to what happens at our own doorstep, one can also find particular evidence of this phenomenon in the Grand Duchy of Luxembourg, applicable both regionally and locally in its capital city, Ville de Luxembourg (VdL). Both levels suitably illustrate the city-regional transformation processes. It is not only that on every workday the city changes character when about 120,000 international commuters add to the existing residential population (that is also more or less of similar size), but the city is also an outpost of European and global processes, effectively stretching to the Middle-East, South America, and Asia. Big politics, money industries and a broad range of corporate services constitute the melange of developments that have substantially transformed the urban fabric.
A bizarre real-estate market, rocketing rents, and house prices on the one hand, and endless traffic jams on the other hand are not only a clear indication of growth and wealth, but also of the high degree of the city’s interconnectedness with its neighbours and the world at large. These processes also place a significant burden on the environment, most notably the transport sector which expels toxic emissions and noise, making city life stressful and unhealthy. In a recent interview with the local press (Luxemburger Wort, 19 January, p. 24), the Mayor responded to these issues and had two messages to sell to the public. Firstly, that readers should assume everything is under control and that every day the VdL is getting closer and closer to the ideal, beautiful, and lovely city. Secondly, that the only real problem was car traffic, and that this problem was actually caused by commuters: “Das Mobilitätsproblem wird nicht von den Stadtbewohnern geschaffen, sondern von den 120 000 Pendlern.”
Oh, deep breath! One has to stop reading for a moment and think, and then read again: Is it really possible that the City blames those who work here for causing a structural problem that was inscribed in the city’s and country’s political economy and business model? Let’s backtrack here for a moment: The commuters add to the Luxembourg tax base, maintain high land rents (to the benefit of land owners), drive retail turnover consumption and the like (one might observe, too, that the car-fleet of the city’s residents is probably more opulent and SUV-driven than that of the incoming “herd”…). The commuters, representing the employees of firms seated in the capital city, are using offices in buildings that the city is keen to construct and provide, as the financial market place and corporate services are the cash cow of our public budgets. In sum: the workers from abroad have actually performed precisely as the political parties involved (almost all) have orchestrated.
So the question is: Can the city seriously blame the commuters for the traffic jams and related problems, when without their human capital something like the financial market place would never have been possible? Certainly not! The developments within the city, across the suburban municipalities, and in the neighbouring countries are effectively more closely intertwined than they ever have been before. It is thus hard to believe that a leading politician would draw the line between “us” and “them” so sharply -- in a context where the different worlds are growing closer together, and where it is hardly possible to separate city and suburbs, town and countryside, or Luxembourg and the rest of the world around.
One is tempted to put it rather clearly and address the message ad personam: Madame Bourgmestre, these are YOUR commuters! They do what YOU and the ruling parties in the government are expecting them to do, and without their daily presence on the labour market neither tax flows, exceptional rents nor high salaries and related effects wouldn’t be possible at all. Distributional conflicts are indeed inscribed into the related patterns of development, but they are much more complex and differentiated than one could simply assume “they” would be causing “our” problem.
Rather than playing commuters off against the apparent interest of the local residential (and voting) population, the only sensible solution to the underlying problem would be to work further on establishing a politico-administrative structure that resonates with actual patterns of urban and regional development, i.e. going across and beyond borders. Unfortunately, recent debates have shown how underdeveloped such collaborative approaches are. Neither the capital city’s latest land-use plan, nor the existing frameworks such as the convention areas (e.g. DICI), nor the government’s loose ideas on where the territory should move to in the foreseeable future, have shown any robust indication of cross-border collaboration. There remains a lot to do. But please, first and foremost: don’t blame your neighbour — point at yourself and your own deficiencies.