Reflecting upon the geographical fundamentals of the Corona-issue, and the particular challenges for relational urbanisation – PART I

This note comments on the Corona issue from a geographical perspective. It evolved out of a discussion with my 1st year Master students who attended “Foundations and Trends in Geography”, a module that is dedicated to familiarising students with fundamentals of the discipline, and how (and why) these have changed over time. Clearly, the Corona outbreak is essentially linked to geography, which is indicated for example by plenty of maps and diagrams spreading across the media, with spatio-temporal matters on display. This Part I of the entry will be followed soon by a discussion on what Corona means for ‘relational cities’ – small but highly globalised places that have emerged thanks to intermediacy and niche-economic strategies. Their prospect is increasingly challenged.

Every crisis has its momentum. It is now becoming clear to many of us that the Corona outbreak is not simply a matter of a short-term lock-down that can be reversed in a few weeks. It will most likely call for mid- or long-term strategies of adaptation, whose social, economic and environmental costs are extremely difficult to estimate at this point. However, it is undisputed that the Virus has created huge problems. As Mike Meadows, Assistant to the Secretary General of the IGU, informed the geography community:

In addition to that, it feels as if the Virus is posing some fundamental questions about a social and economic model that is characterized by interconnectedness, condensation and acceleration, a model that is actually deemed unsustainable. However, the questions is not only whether this model is sustainable or not, or whether current events signify that some of the things that we have become accustomed to are coming to end, sooner than later. Rather, in the first instance, it is fundamental to us, as geographers, to look at the spatialities of the spread of the Virus, and how governments and political actors respond to that. 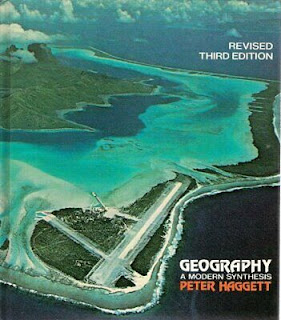 In terms of geography and planning, which are the domains that we engage in, there are a couple of observations and interpretations that might be worth sharing. First and foremost, it is interesting to see that the geographical character of Corona outbreak is at the centre of public awareness. Maps and diagrams displaying the pandemic, such as the global dashboard provided by Johns Hopkins University in Baltimore, Maryland (USA), or the diagrams on the sequential move of the number of infections in relation to recovery rates and lethality of the virus as published by the Washington Post, are constant accompaniers throughout the media. Topics such as spatial distribution and temporal evolution have reached public awareness. This is essentially geography. To us, this might be good reason to re-read the work of geographers such as Torsten Hägerstrand or Peter Haggett – as issues such as time geography and also the spread of diseases is becoming are a hot topic again.

With regards to its geographical nature, it is interesting to see how the spread of the Virus also alters our perspective on urbanisation and, most importantly, on cities. Until recently, many accounts of the apparently law-based, planetary process of urbanisation (measured by the mushrooming of mega-cities, the rising share of global urban population, or the discovery of cities as global political actors) have emphasised the societal benefits of agglomeration. Corona sheds a different light on this, as did its predecessor SARS (see Connolly, Keil & Ali 2020). It is of course, and by far, not only density that makes us rethink the vulnerability of urban places against viruses and other epidemic shocks. However, risk exposure and the associated damages can be more intense in urban places, and failures of critical infrastructures can leave a disproportionate part of the population affected. And indeed, in addition to core city areas, suburbs and city regions are likewise coming into focus as places that are equally prone to the spread of the virus as they are affected by it. If there is an urbanisation related consequence of this debate, then it is probably that the specificities of the city region or the urban-rural distinction are becoming viewed in much more nuanced ways than before.

The second observation in the course of the Corona crisis points at its very particular mobilities and immobilities dimension. This is imminent not only in the current crisis and lock-down, but is also, and obviously, a key ingredient of modern society overall. The amount of flows of all kinds that maintain the functioning of cities and societies -- being these flows of people, commodities, commuters, money or political ideas and ideologies -- is simply striking. This matter of fact is far too often taken for granted, and awareness of it only surfaces when the systems are out of order, like now. Some geographers may recall the shut down of global air travel in 2010 as a consequence of the Icelandic volcano fallout, where so many of us couldn’t leave Washington DC after the AAG-Conference but had to wait for things to get back to normal. (I was part of a group who’d chosen a remote place in Delaware, in order to make best use of this non-voluntary, non-quarantine stay abroad). With the Virus deepening the constraints to mobility, this will stress corporations and individuals in their adaptation to the crisis, and the longer it takes to return to normal, the more extensive the damage will be.

Last but not least, both interrelation and complexity come to mind when reflecting further on the mess created by the Virus. Again, this only looks trivial, but it is in fact fundamental in the very consequences: Hardly any place can exist nowadays without being deeply connected to other places. Trade relations, city-regional labour markets, or food supply networks have constituted an array of webs and connectivities that keep our cities and economies going, one place embedded in manifold relations with others. The sheer extent of these relations is stunning. Some of the externalities of these global networks have been subject to criticism in the context of regionalist or post-growth discourses (carbon and energy demand, exploitation of labour), that are supported by good arguments. However, while it is difficult to imagine a world that needs to return to much more fine-grain patterns of supply of goods and services, it is not certain that a system, or pattern, would automatically be more sustainable than the global one. Spatial division of labour has certainly a range of benefits and advantages, “ecologies of scale” come to mind here, and these need to be balanced against the extractive nature of the large-scale system of global trade and international relations.